From the series: The Blind Owl Meets the Hunger Artist.

East Village’s favorite Studio 26 Gallery which is located in the Eastvillager building on East 3rd St. between Avenues A and B, is exhibiting a spectacular series, “When Madness Meets Hunger,” by artist Aphrodite Désirée Navab. Navab’s latest work is an ongoing series of ink drawings where she imagines an invented encounter between the protagonist of Iranian writer Sadeq Hedayat’s novella, The Blind Owl and the protagonist of Czech writer Franz Kafka’s short story, “The Hunger Artist.”

At the opening on June 10th, Navab gave an artist talk where she shared her concepts for this series, her artistic practice and creative process, and took questions from the audience: “I do weeks of research for my art, collecting primary sources,” says Navab. “For this series, I re-read Hedayat’s novella The Blind Owl, and I re-read Kafka’s “The Hunger Artist.” I read secondary sources, examining and critiquing their work. I read historical sources on the Czech republic and Austria during Kafka’s time and Iran during Hedayat’s time, then researched the internet for photographs of the writers from birth until death…It is no accident that Hedayat translated several of Kafka’s works into Farsi.” Metaphors, allegories and themes are explored of the artists in voluntary exile, the nature of performance art, the real and the ideal, rituals of insanity, the existential crises of the artists and their autobiographical narratives. A video of the opening and artist talk will be released during this week.

The exhibition is on view until July 3rd. We encourage everyone who is visiting NYC or walking through the East village to visit this fascinating exhibition and see, closely, the work of Aphrodite Désirée Navab.

“Her art is the aching inquiry of an uprooted consciousness seeking new roots.” – Collector of this series and NY Times #1 Best Seller author Reza Aslan of Zealot: The Life and Times of Jesus of Nazareth (2013). From the series: The Blind Owl Meets the Hunger Artist. Aways interested on randomness and repetitivity, as an expression of human existentiality, Scaccia’s most recent work develops her personal investigation of identity, awareness and inauthentic existence, displaying characters suspended in a state of indecision between the mutual interaction or resistance, frozen in the incompleteness of their actions.

Born and raised in a solid painting background, Scaccia’s study of the human figures reports elements of Renaissance and late Eighteenth Century. A fragmented story emerges through the almost “frame by frame” sequence of Scaccia’s work, expressing the idea that repetition can also create a sense of instability. In her work identities, genders and ages are lost behind oversized coats, striped patterns and futile but unavoidable and unpredictable movements.

Scaccia’s work has often been described as “ frames loaded with movement, coming from a missing film” and yet in these canvases, for the first time, there is a richer and more layered composition. It is like being in front of some overturned tableaux vivants where a group of overwhelmed performers are blocked in their movements and in their delusion-illusion of coexisting.

Through a fresh and original approach, Call the Bluff reveals the unsubstantial, the unreality, the vacuum, and the pantomime.

Paintings, drawings, sketches are accompanied by an installation of ceramics by Japanese artist Toshiaki Noda. Known for his work on the civil war in Algeria and Sudan, his street installation for his
series on drug in Switzerland and the city of Varanasi in India, and more recently for his
series on the Oktoberfest in Munich (published as Bierfest by Steidl editions), Michael
von Graffenried had traveled all around the world with the exception of South America.
- More

Exhibitions / Performances / Lectures South African William Kentridge is one of the most internationally significant contemporary artists. He is not just a visual artist but also a filmmaker, director and a great raconteur. His comprehensive body of works has spanned several artistic disciplines for more than three decades now.
- More Philip Guston: Painter, 1957 – 1967
Hauser & Wirth New York
‘I think a painter has two choices: he paints the world or himself. And I think the best painting that’s done here is when he paints himself, and by himself I mean himself in this environment, in this total situation.’
– Philip Guston, 1960 - read more 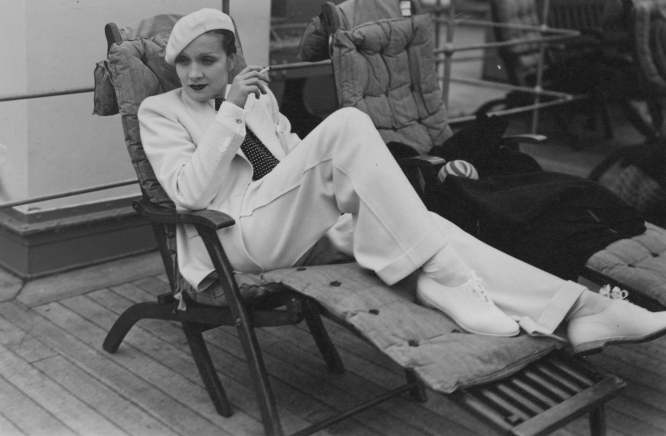 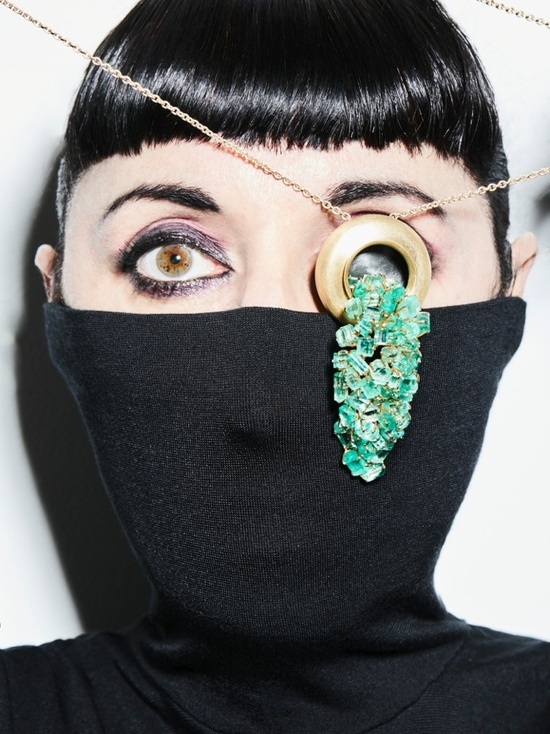 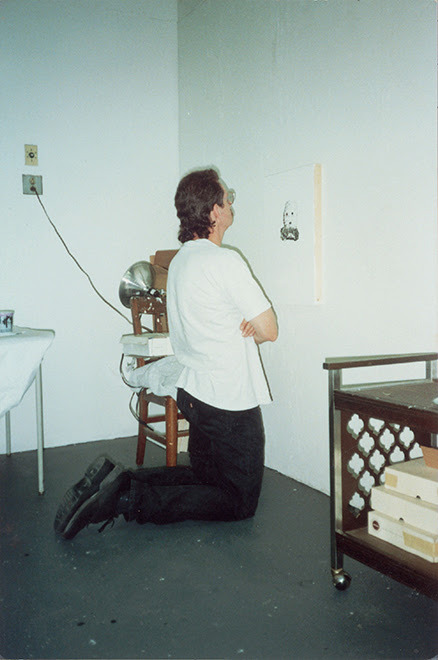 “When I was 18 I was sent to a two year commercial photography school that happened to be in the basement of an art school. My first two girlfriends were painters. My first roommate was a painter and sculptor. I’ve been collecting art for 56 years. I’d like to live forever because of art.”
- Larry Clark
Luhring Augustine is pleased to present White Trash, an exhibition of artworks from the personal collection of Larry Clark.
May 5 – June 18, 2017
More 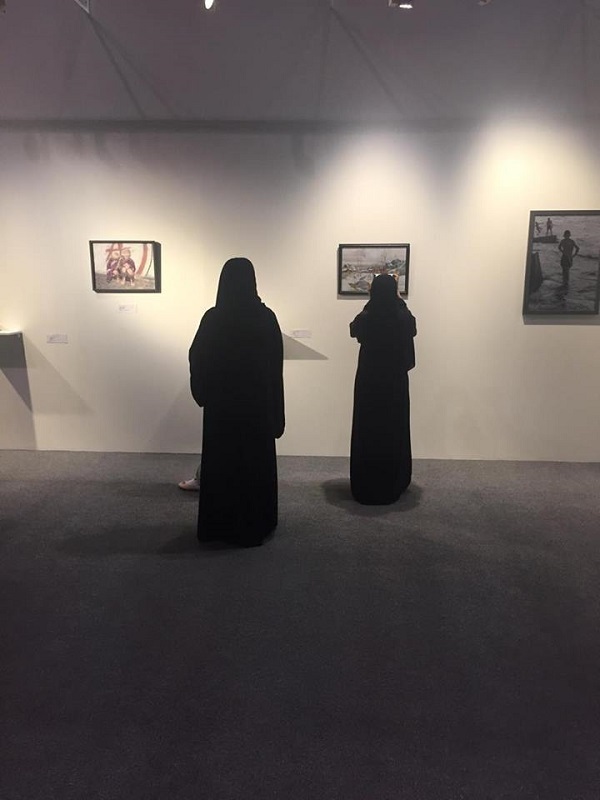 Bahrain foremost contemporary art fair is held under the patronage of the country’s top officials, who feel obliged to help artists find their audience, buyers, and, above all, lay the foundation for emerging talented generation. What was it like this year? Find out from our eyewitness report.
From March 23-26 the International Exhibition & Convention Center in Manama, the Kingdom of Bahrain, hosted the second contemporary art fair Art Bahrain Across Borders 2017 (ArtBAB 2017), curated by the team of British experts led by Alistair Hicks, Jonathan Watkins and David Hawkins.
More 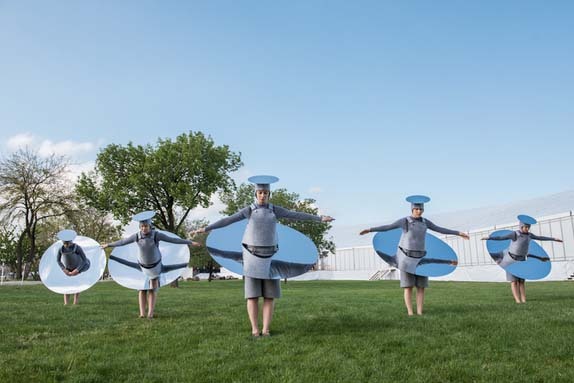